Sam A. Twiford (1910 – 1988)
Sam was called to active duty during World War II and served his country faithfully in the U. S. Army. He obtained the rank of Staff Sergeant and served in the medical corp. He was honorably discharged from active duty in 1945 and returned to the family business in Elizabeth City.
Sam was co-founder along with his father of Twiford Funeral Homes in 1933.

David H. Twiford (1947 – )
David served in the U. S. Naval Air Reserve (1967-1973) as an aviation electrician petty officer for a helicopter squadron stationed at the U. S. Naval Air Station, Norfolk, Virginia. As part of his reserve training, David served aboard the USS Wasp (CVS-18) during military maneuvers in the Atlantic Ocean.
David is the CEO and President of Twiford Funeral Homes, LLC.

Calvin Arnold (1949 – 2020 )
Calvin served in the United States Naval Air Reserve as a Hospital Corpsman. Following recruit training in Great Lakes, IL, he was stationed at Naval Air Station, Norfolk, VA from May of 1971 until April of 1977. During this time he was detached for a year to a Marine Helicopter Wing where he served as the medic.
Calvin has been employed with Twiford Funeral Homes since 1969 and was assistant manager until his retirement in 2011.

Frederick Joe Griffith (1947 – )
Frederick Joe Griffith served in the United States Air Force from June 1966 through April 1970. Completed basic training and personnel technical school at Amarillo Air Force Base in Texas. Stationed at Eglin Air Force Base in Ft. Walton Beach, Florida with the 33rd Tactical Fighter Wing for the balance of his enlistment. Upon leaving the Air Force served two years with the West Virginia Air National Guard and attained the rank of Staff Sergeant.
Joe has been employed with Twiford Funeral Home since 1988 and is an ordained minister.

Noah “Sam” Henderson (1945 – 2017)
Sam served in the United States Army as a radio teletype operator and an artillery and communications specialist. Following basic training in January of 1967 in Fort Jackson, SC, he was stationed in Fort McClennan, AL, Fort Sill, OK, and in Munich, Germany with the 24th Infantry Division. Sam later served with MACV in Camau, South Viet Nam until he was honorably discharged in December of 1969.

Robert E. “Bobby” Winslow, Jr.
Bobby served in the United States Army. Following basic training in Fort Dix, NJ, he went to the Army/Navy School of Music in Little Creek, VA. Bobby played the trombone in the Army marching and symphonic bands and also played drums with the Army show band. He was trained as a recon scout in Fort Knox, KY as a secondary MOS. Bobby’s duty stations included serving with the 1st and 4th Infantry Divisions in Aschaffenburg, Germany and with the music program in Wurzburg, Germany.
Bobby has been employed with Twiford Funeral Home since 2001 as a funeral director assistant. 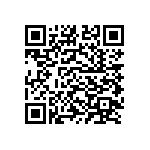