Vann Irvin, prominent Elizabeth City attorney, died January 10, 2019. He had been affiliated with the Hornthal, Riley, Ellis and Maland law firm since June 2009. He had been a Board Certified Specialist in Estate Planning and Probate Law since 1996, the first to attain that certification in Northeastern North Carolina.
Vann was born in Shelby, North Carolina on January 14, 1951, the son of Alise Reid and Abram Vann Irvin. He grew up in Elizabeth City, graduating from Elizabeth City High School in 1969. He attended COA and UNC-CH, graduating in 1973. Until 1979 he was the owner-operator of Sight & Sound Book and Record Stores in Elizabeth City and Nags Head, when he enrolled in law school at UNC-CH, graduating in 1982 in the top 15% of his class. He was licensed to practice law in Tennessee, Georgia and North Carolina. After practicing in Tennessee, he joined the Durham, NC firm, Brown and Bunch, and practiced in Durham until 2009, when he returned home to Elizabeth City to join the firm Hornthal, Riley, Ellis & Maland. His practice here has emphasized his Board Certified Specialty in Estate and Probate Law, as well as Elder, Business, Corporate, Tax and Bankruptcy Law. He had clientele in these specialties throughout Eastern North Carolina. His reputation was widespread, frequently being called by other attorneys for consultations.
Lawyers and clients appreciated his wry sense of humor. For all his considerable experience and qualifications, he did not take himself too seriously. Classmates in law school dubbed him “the reasonable man,” the lawyer’s fictional ideal for appropriate behavior.
His family and friends recall many beautiful memories together at his home on the Little River. He always loved the water and would often be found kayaking, windsurfing, or taking a moment to enjoy a drink by the river or on the beach. He loved those in his life with a steady gentleness that will be deeply missed.
He is survived by his children; Ben Irvin (Naomi) of Morrisville, NC, Beth Collins (Dan) of Durham, Gracie Howes (Jon) of Hillsborough, Addison Irvin of Myrtle Beach, and Ansel Irvin of New Bern; two grandchildren, Hayley Loftus and Milena Irvin; his mother, Alise Reid Irvin, of Elizabeth City, NC; his brother, Benjamin Reid Irvin (Peggy) of Asheville; and his long-time companion and best friend, Jane Oden, of Hatteras, NC.
The family will have a private service. Twiford Funeral Home, Memorial Chapel, 405 East Church Street, Elizabeth City, NC is serving the Irvin family. You may express condolences to the family by visiting www.TwifordFH.com

Offer Condolence for the family of Addison Vann Irvin 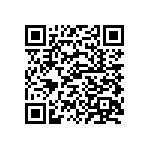