Al MacGillivray, 82, of Boca Raton, FL passed peacefully on Wednesday, January 28, 2015. Born in Sydney, Nova Scotia Canada, he was a loving husband, father and grandfather. He was a member of the Royal Canadian Air Force, serving with the 445 Squadron from 1955-1958. He was one of the squadron pioneers who flew a CF100 from Ottawa to Marville during Operation Nimble Bat in November of 1956.

Al is survived by his loving wife of 50 years, Gay MacGillivray; a daughter, Caline Jenkins and husband, Andrew of Pensacola, FL, formerly of Manteo, NC; a son, Mark MacGillivray, along with his wife and their two daughters of Seattle, WA; two granddaughters, Britney and Jennifer Anderson; and a grandson, Robert “Bobby” Anderson of Manteo, NC. In Canada he leaves behind a sister, a niece and two nephews; and a brother-in-law and his wife along with two nephews in Key West, FL.

Offer Condolence for the family of Al MacGillivray 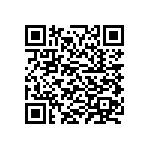