Albert P. Morris Jr., age 77, of Southern Shores, NC went home to the Lord on Monday, May 25 after a long battle with cancer.

A Tarheel born and bred, Al was born on January 2, 1943 on a tobacco farm in Wilson, NC to Albert and Helen Morris. He played football at Goldsboro High School after a failed trumpet career, and was an exceedingly proud graduate of the Kenan-Flagler Business School at UNC-Chapel Hill in 1966.

Upon graduation, he began a successful lifelong career at Aetna Insurance, where he met and later married Christy Nourse— he considered his marriage to Christy his greatest accomplishment.

Early in retirement, Al was passionate about cooking southern comfort food for others and the church, fishing, boating, golf, and local ministry outreach. Later and to the credit of his entrepreneurial spirit, he started and ran several small business ventures. Some called him a soft-shell crab— he appeared tough on the outside, but was really a tender man.

The family will have an private graveside service on Sunday, May 31 in Southern Shores. Following the graveside, the family will receive visitors at their home from 2 pm – 5 pm.

Offer Condolence for the family of Albert P. Morris, Jr. 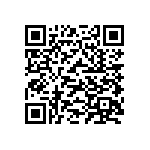