Aleta Austin Gray, 89, of Hatteras, NC passed away peacefully at her residence on Thursday, February 17, 2022.

A native of Frisco, she was born January 29, 1933, to the late Maggie Whedbee Austin and George Winfield Austin.

Aleta was a lifetime member of Hatteras United Methodist Church and will be known for her love of cooking and entertaining.

In addition to her parents, she was preceded in death by her husband, Claughton Miller Gray; and her five siblings.

A funeral service will be held at 2:00 pm on Sunday, February 20, 2022, at Little Grove United Methodist Church. Private burial will take place in the Ballance Family Cemetery.

Offer Condolence for the family of Aleta Austin Gray 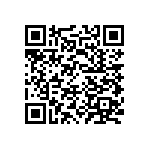