Aliene Stevens Stanberry, 95, died February 27, 2019. A native of Camden, NC, she was the widow of William Richard Stanberry and the daughter of the late Robert Berry Stevens, Sr. and Helen Stanley Stevens.

She was born and raised in Camden, NC. Aliene attended Mary Washington Women’s College in the early years of WWII. She met her future husband, William Richard Stanberry, at a dance at the college. They were married in 1943. While her husband was away during the war, she returned to Camden and lived with her parents until his return.

Aliene lived with her husband for a number of years in El Centro, CA. The Marine Corps Air Station El Toro was close by and Richard did aviation physiological training. Some years later, they returned to Camden and, in 1976, built a home next to her parents. Aliene lived the remainder of her life in that home.

A private family memorial service will be held at a later date.

Offer Condolence for the family of Aliene Stevens Stanberry 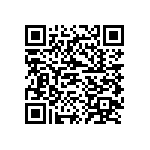