Andrew Chaney, 47, died Sunday February 8th, 2015 at Colony Ridge in Nags Head. He was born to Harriet Chaney, and the late Larry Omer Chaney, in the United Kingdom, on the Air Force base his father was stationed on. He was the husband of Susan Chaney. Andrew graduated from Manteo High School, and worked at various beach restaurants in his younger days, including the Jolly Roger, and Slammin’ Sammy’s. He enjoyed boating, fishing, singing karaoke, and fried chicken. He was a member of the United States Power Squadron District 22, Cape Coral, FL.

Including his wife and mother, he is survived by his Uncle Earl Love; Aunts Judy Chaney, and Cheryl Love; his cousins, Brett Chaney, Steven Chaney, Jeffery Chaney, Cindy Chaney Norton, Alison Love, and Jeffery Love; Stepsons, Grey Sterling Miller, and Hunter Lane Gray. He is predeceased by his father.

A memorial service will be held on Thursday, February 12, at 4:00pm at Kitty Hawk Baptist Church, officiated by Pastor Don Teears, music by Laura and Norman Hall. A ceremonial releasing of his ashes will on Saturday, February 14, at 3:00pm at the North Pond on Hillcrest Rd.

Offer Condolence for the family of Andrew Chaney 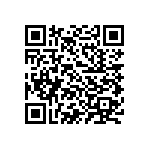