April Truitt MacDonald, 63, of Colington Harbour, passed away July 2, 2013 after a long battle with ovarian cancer. April was the daughter of the late Frances and James Cousins of Norfolk, Va., affectionately known as Nana and PopPop.

April will be remembered and cherished by her husband Steve MacDonald of Colington Harbour and her twin sons James, of Colington Harbour, and Graham and his wife Meghann Gould, of Rota, Spain. April will also be deeply missed by the Colington Pictionary families of Bennett, Davis, Fischer, Kerner, Knab, Rasmussen, Ross, and Zarate, as well as the entire Albemarle Emmaus Community.

April was born and raised in Norfolk, Va., and graduated from Maury High School and Old Dominion University. She was a Medical Technologist and worked at several hospitals in Norfolk, Va., and Leonardtown, Md., before retiring from Albemarle Hospital Regional Medical Center after eleven years of dedicated service. She was a member of the Kitty Hawk United Methodist Church and walked on the Albemarle Emmaus AE80 “Revival” in 2009.

What brought April the most joy was spending time with family and friends; whether here in the local community, down on Ocracoke Island, or anywhere good fellowship and company was to be had. April loved nature, especially bird-watching from her deck or camping with her family. She will be remembered most as a loving wife, dedicated mother, and loyal friend.

A memorial service will be held at Kitty Hawk United Methodist Church on Saturday July 13, at 5 pm, with a reception to follow in the Fellowship Hall. In lieu of flowers, donations may be made in memory of April MacDonald to: Dare County Relay for Life American Cancer Society, 930-B Wellness Drive, Greenville, NC 27834. Those wishing to use a credit card may call Ellen Ray at the ACS Greenville office at 252-695-9054.

Offer Condolence for the family of April Truitt MacDonald 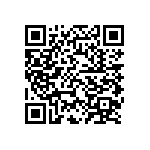