It is with great sadness that we announce that Arnold Chester Vass went to be with our Heavenly Father on February 14, 2022 surrounded by his family after a hard and courageous battle with Cancer.

Arnold was born on July 23, 1950 in Bluefield, WV to the late great Sylvia & Chester Vass of Narrows, VA (Wolf Creek). He proudly graduated from Narrows High School in 1968. He went on to graduate from Wytheville Community College in 1971 with an associate in Drafting. Right after college, he enlisted in the Virginia Army National Guard where he proudly served for 30 years rising to the rank of Master Sergeant before his retirement. At the same time, he moved to Newport News, VA in 1972 to work at Newport News Shipbuilding, where he enjoyed his days with friends that became family. He retired from Newport News Shipbuilding in 2017 as a Master Shipbuilder after 45 years of service.

Arnold met the Love of his life, Debra, in 1998, who he would go on to marry in 2006 creating an awesome blended family gaining two more children to his already three.

Arnold’s passion was the beach and fishing. Therefore, he would purchase a home in Nags Head in 2010 to feed his passions with later retiring full time to “island time”. Arnold always had a talent for building things, he always hated an unfinished project. During his retirement, he loved working with Better Beaches OBX saving the beach. He was a 30-year member of American Legion Post 368 along with the Fraternal Order of Eagles 4506. He also loved calling his kids to make sure they were working so he got his social security check. Arnold was a great son, husband, father most of all he was the best Grandpa.

A Repass and celebration of life will be held at American Legion Post 368 at 368 American Legion Dr., Newport News, VA on March 19, 2022 from 2-6 for family and friends. In lieu of flowers the family asks that donations be made in honor of Arnold Vass to Better Beaches OBX at www.betterbeachesobx.org or Nags Head Fire & Rescue at www.NagsHeadFireRescue.com.

Offer Condolence for the family of Arnold Chester Vass 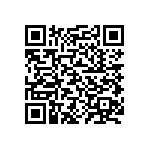