Rose Byrd Powers, age 86, of Warhawks Rd., Chesapeake (formerly of Hertford, NC) died Tuesday, January 5, 2021 at her residence. Born in Bertie County, NC on December 1, 1934 to the late Walter Raleigh Byrd and Ozie Virginia Brown Byrd, she was the widow of Edward Berry Powers, Sr., who preceded her in death in November of 2019. A hairdresser by trade, she owned Art & Verda’s Beauty Salon.

A funeral service will be held at 2:00 p.m. on Sunday, January 10, 2021 at Twiford Memorial Chapel with the Rev. F. Joe Griffith officiating. Burial will be in Rutter Family Cemetery. In lieu of flowers, memorial donations may be made to the American Parkinson’s Disease Association, 135 Parkinson Avenue, Staten Island, NY 10305 or Alzheimer’s North Carolina, 2245 Stantonsburg Rd., Greenville, NC 27834. Twiford Funeral Home, 405 East Church Street, Elizabeth City, NC is serving the Powers family. Online memorial condolences may be sent to the family at www.TwifordFH.com.

Offer Condolence for the family of Artye Rose Powers 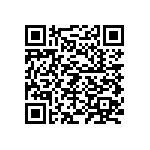