She was preceded in death by her parents, Victor and Lena Stoneking; her husband, Willie Williamson; two sons, Steven Wright and David Wright; and two grandchildren, Monica Davis and John Adam Whitlatch.

The family will celebrate her life privately.

Offer Condolence for the family of Barbara Lee Williamson 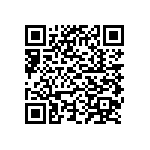