BARBARA TACKIS PORTER, 74, of Nags Head, NC died Saturday, July 12, 2003 at her residence. Mrs. Porter, born in Williamson, WV, was a retired bookkeeper for Roberts Morris Men’s Store and was a Baptist. She was the daughter of the late Pete and Thelma Black Tackis and the widow of the late William O. Porter, Jr.

Mrs. Porter is survived by three sons, William O. ‘Billy’ Porter, III and Christopher Adam Porter, both of Nags Head, NC and David Runyon of Brooklyn, NY; a sister, Marie Pullum of Wisconsin; and one grandchild.

Memorial services will be scheduled at a later date.
Twiford’s Colony Chapel, Manteo is handling arrangements.
Visit www.twifordfh.com to sign the on-line register.

Offer Condolence for the family of Barbara T. Porter 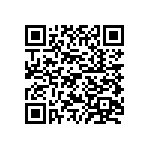