Billy L. Revelle, 91, of Shiloh, NC joined his beloved wife, Earline, on Tuesday, March 24, 2020 as he peacefully passed at Elizabeth City Health and Rehabilitation. He was born September 6, 1928 in Northampton County to James Everette Revelle and Claire Herbert Futrell Revelle. Billy lived a simple life with his brothers, James, Riddick, Clarence, and George and his sister Nancy, and many uncles, aunts, and cousins. He graduated from Woodland Olney High School and graduated from East Carolina University. He served in the U.S. Army and was a veteran of the Korean War. He was a principal and teacher who enjoyed seeing former students around town. After retirement from the school system, he kept busy with many activities and enjoyed time spent with children at the museum, delivering meals on wheels, and many long, winding road trips with his wife, Earline, by his side.

He is survived by a daughter, Rebecca R. Parks and husband David of Shiloh, NC; a sister, Nancy Johnson and husband Norman; a brother, George Revelle and wife Doris; and a great grandson, Jayden Parks. He was pre-deceased by his wife, Earline Whitehurst Revelle, of sixty-one years; a grandson, Dustin Parks; and three of his brothers.

A memorial service will be held at a later date. Condolences may be sent to the family at P.O. Box 37, Shiloh, NC 27974. Memorial donations may be made to Shiloh Baptist Church, 952 Highway 343 South, Shiloh, NC 27974 or the charity of one’s choice. Twiford Funeral Home, Memorial Chapel, 405 East Church Street, Elizabeth City, NC is serving the Revelle family. You may also express condolences to the family by visiting www.TwifordFH.com.

Offer Condolence for the family of Billy L. Revelle 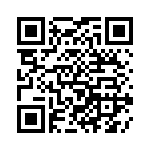