Billy Gerald Roughton, 70, of Kitty Hawk died on Thursday, July 9, 2015 at Sentara Norfolk General Hospital due to cardiac arrest. Born in Elizabeth City, he was the son of the late McCabe Roughton and Pauline Batton Roughton. Billy was a graduate of the College of the Albemarle and then earned his PhD at the University of North Carolina at Chapel Hill School of Pharmacy. He was a pharmacist, land developer and entrepreneur.

The family will receive friends and relatives for a visitation on Monday, July 13, 2015 from 6:00 until 8:00 pm at Twiford Funeral Home, Manteo. A private family burial will take place at Southern Shores Cemetery. A Celebration of Life will be held on Tuesday, July 14, 2015 at 3:00 pm at the home of John Douglas Roughton, 201 W. Lillian Street, Kitty Hawk, NC 27949. In lieu of flowers, memorial donations may be made to the American Cancer Society, PO Box 22718, Oklahoma City, OK 73123, online at https://donate.cancer.org/index or Waterbrooke Assisted Living, 143 Rosedale Drive, Elizabeth City, NC 27909.

Offer Condolence for the family of Billy Roughton 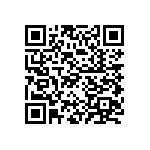