Robert “Bobby” Winslow, Jr., a native of Elizabeth City, NC, has been with the firm since 1996.  Bobby is a 1976 graduate of Northeastern High School. He then joined the US Army as a drummer and trombone player with the Army band.   He is married and has two children and a granddaughter.  He enjoys bowling, bass fishing, music and collecting toy trains. 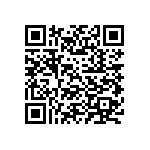