Charles Bryant Lowe, age 71, of Moyock, NC died on Friday, December 31, 2021 at his home. Born in Portsmouth, VA on December 27, 1950 to the late Edward Carl Lowe, Sr. and Mildred Clay Early Lowe, he was the beloved husband of Mary Meta Thompson Lowe for forty-seven years. Bryant was a member of Moyock Baptist Church where he served in many capacities, such as Chairman of the Baptistry for a large number of years and also supported his wife with the puppet team for many years by creating props and any other duties needed. Retired from the Norfolk Naval Shipyard, he continued to work in various jobs and finally worked at Interiors By H & W, Inc. as a receiving manager. He and his son, David, shared interests in karate and wrestling and he eventually started the Moyock Wrestling Club as head coach. Bryant was a generous, fun loving man who had a wonderful sense of humor and was known for being a jokester. He had a variety of hobbies including fishing and boating, was a gardening enthusiast who loved sharing his fruits of labor with, and cooking those items for his family and neighbors. A loving and devoted husband, father, brother, and friend, he will be greatly missed. He will also be missed by his loving furry companions, his dog, Nova and his cat, Cleocatra.

In addition to his wife, he is survived by his son, Charles David Lowe; two sisters, Cecelia Ellen Walker and Ramona Humphries; two brothers, Edward Carl Lowe, Jr. and Robert J. Lowe and his wife, Peggy; many nieces and nephews; his brother-in-law and good friend, David E. Thompson, Jr. and his family in SC; and many other extended family members.

Offer Condolence for the family of Charles Bryant Lowe 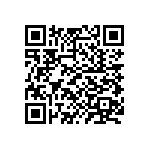