Today the World Is a Little Less Interesting

As someone who knew Charles well said, “…Now, at least, the streets will be a little safer”.  Before he was owning the streets of Elizabeth City, Charles, the child of Grace Robinson Gordon and Charles Francis Gordon, was a native of Beaufort, NC.  Raised by his beloved aunt Josie Gordon Thorson, he attended Elizabeth City Public Schools and High Point University.  World War II took him to the Pacific Theater and four years aboard the Naval Destroyer USS Eichenberger (DE-202).

Gordon Sheet Metal Company was established by Charles and his Aunt Josie after World War II.  As he grew this business, golfed, and played gin, he found the time and energy to lead the effort to establish College of The Albemarle.

“In the life of most institutions, especially their early years, it is not uncommon for one person to be the driving force in their creation. Charles Gordon was that force for College of The Albemarle in the late 1950s and early 1960s. Without his leadership, COA would not have come about when it did. Charles, through the Chamber of Commerce, saw an opportunity for a public community college in Elizabeth City. He personally did the leg work to show the need for such a college and led the public vote on COA’s creation and local funding. He was a charter trustee and the Board of Trustee’s first chair.

Charles jokingly said one day, ‘I am just a hot tar and sheet metal guy who enjoyed my work in helping create COA.’ Charles Gordon was much broader and deeper than being a tar and sheet metal guy. If you ever engaged him in a conversation, you quickly realized that. Elizabeth City and the Albemarle region are better places because of his life.”

Charles memorized and forever remembered the intimidating Order of Service for the Improved Order of Red Men, of which he was a proud member.  He was also an original member of the Mothers Brothers, a legendary golfing and socializing group at the Elizabeth City Golf Club.  After fifty years of successful treatment for glaucoma at Duke Eye Center, he proudly served as an active member of the Duke Eye Center Advisory Board.

Should one wish to make a memorial donation, College of The Albemarle, Arts of the Albemarle or Duke Eye Center would be appropriate.  A private funeral service will be held on Sunday, July 12.  A special Gordon Vespers will be planned at a later date.

ANTE UP:    Salters, Foreman, Roebuck, Joe and, of course, Pearl.

Offer Condolence for the family of Charles Marion Gordon 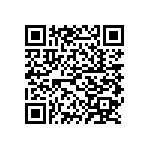