He is survived by two sons, Charles Jonathan King of Red Springs, NC and Michael Steven King of Edenton, NC; a brother, William Edwin King of Hawaii; a granddaughter, Kristy King Zafra and husband Michael and their children, Nikolas and Lyliana Zafra; and many nieces and nephews. In addition to his parents, Mr. King was preceded in death by his stepfather, William Hoffman; and a sister, Joan Marie K. Harris.

A funeral service will be held Monday, March 30, 2015 at 11:00 a.m. at Twiford Memorial Chapel with military honors being rendered by the William Clarence Jackson VFW Post 6060 and with the Rev. F. Joe Griffith officiating. Burial will be in West Lawn Memorial Park Cemetery. The family will receive friends at the funeral home on Sunday evening from 7:00 p.m. until 8:00 p.m. and following the service in the lobby of the funeral home on Monday. Twiford Funeral Home, Memorial Chapel, 405 E. Church St., Elizabeth City is assisting the King family.

Offer Condolence for the family of Cicero King 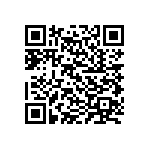