Clarence Vernon Gist, age 87, of Mississippi died Tuesday, January 13, 2015 at Windsor Place in Columbus, MS.  Mr. Gist was born on June 3, 1927 in Preston, Cuba to the late William Bruce and Evelyn Thomas Gist. He was a graduate of Central High School in Washington D.C. and later served in World War II with the U.S. Army Air Corps. After he was released from active service, he began his career in civil service as a communications specialist. He ultimately retired in 1974 as a GS13. During his career and retirement, Mr. Gist lived in many locales, including Fredericksburg, VA, Kitty Hawk and Grandy, NC, Wildwood, FL and Charleston, SC.  He spent his last years in Columbus, MS.

Mr. Gist is survived by one daughter, Ginger Candelora of Kitty Hawk, NC; three sons, Ronald Wayne Gist of Fredericksburg, VA, Tracy A. Gist of Partlow, VA, and Gary Vernon Gist of Starkville, MS; a brother, William Bruce Gist, Jr. of Lynnfield, MA; 12 grandchildren, 16 great-grandchildren and many nieces and nephews.  Along with his parents, he was preceded in death by three wives, Patricia, Nellie and Trudy Gist; and a son, Arthur Pastelnick.

A funeral service will be held Saturday, January 17, 2015 at 1:00 p.m. at the Jarvisburg Church of Christ officiated by Minister Dennis Crehan.  Burial will be at Laurel Memorial Gardens.  The family will receive friends one hour prior to the service at the church.  Twiford Funeral Home, Memorial Chapel, 405 E. Church Street, Elizabeth City, NC is assisting the Gist family.  Online memorial condolences may be expressed to the family at www.twifordfh.com

Offer Condolence for the family of Clarence Gist 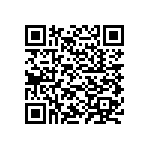