Claude Edward Hartman, 78, of 148 Ranchland Drive, Moyock, NC, died Thursday, March 26, 2015 at his home surrounded by his family. Born in Hampton, VA, he was the son of the late Claude Abraham and Myrtle Henley Hartman and was the husband of the late June Walls Hartman. Mr. Hartman was a proud member of the local neighborhood watch and had served in the United States Army National Guard. He was a loving husband, father, grandfather and great-grandfather who had a very generous heart and was a friend to all whom he met.

Mr. Hartman is survived by three daughters, Denise Duncan of Moyock, NC, Mary Evelyn Bage of North Point, NC and Sandra Eley of Dinwiddie, VA; seven grandchildren; five great-grandchildren; and his three “other” children, his faithful canine companions, Snowman, Wendy and Gidget. In addition to his parents and his wife, he was preceded in death by four sisters, Peggy, Phyllis, Claudine and Jean.

A graveside funeral service will be held Saturday, April 4, 2015 at 2:00 p.m. at the Dove Family Cemetery on Greenhill Drive in Martinsville, VA. The family will receive friends at Twiford Memorial Chapel on Thursday evening, April 2, 2015 from 7:00 p.m. until 8:00 p.m. In lieu of flowers, memorial donations may be made to the American Cancer Society, 930-B Wellness Drive, Greenville, NC 27834. Twiford Funeral Home, Memorial Chapel, 405 E. Church St., Elizabeth City is assisting the Hartman family.

Offer Condolence for the family of Claude Hartman 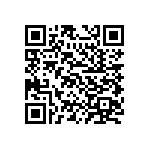