A native of Dare County, he was born December 19, 1940, to the late Buena Hines and Clavis Wyatt Baum, Sr.

Having served his country honorably for twenty years, Clay retired from the United States Air Force as a Technical Sergeant. He enjoyed RC airplanes and watching old western movies. Well known for his abilities to fix almost anything, Clay took pride in his woodworking, mechanical and leatherworking skills.

In addition to his parents, Clay was preceded in death by a grandson, Matthew Baum; and his second wife, Dixie Baum.

A graveside service with military honors will be held at 11:00 am on Tuesday, February 4, 2020, at Austin Cemetery, Kitty Hawk. The family will receive friends and relatives Sunday, February 2, 2020, from 2:00 pm until 4:00 pm at Twiford Colony Chapel, Manteo. 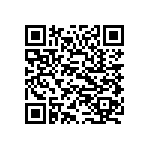