Constance A. Chappell, 87, died on June 10, 2015 at Colony Ridge Nursing and Rehabilitation Center surrounded by her loved ones.

She was born on January 23, 1928 in Berlin, New Jersey to Dr. and Mrs. Leslie H. Ewing. This is where she grew up spending her summers at the family home in Cape May New Jersey.

Connie graduated from Shipley School in Bryn Mawr, PA, Southern Seminary in Buena Vista, VA, and Lankenau School of Nursing in Philadelphia, PA. It was during this time that she would meet her future husband.

She was part of a group of young nurses who were touring a hospital before they were to begin work there. A young man standing with his best friend, (who were working as attendants at this time), spied her from across the room and declared “I am going to marry that girl.”

On December 23, 1950 she was married to this man, Donald L. Chappell. This is a marriage that endured for over 59 years until Don’s passing. As the wife of a retired Navy Chief, she had the opportunity to travel and live around the world in such beautiful places as Coco Solo, Panama and Fajardo, Puerto Rico.

Connie worked for many years as a registered nurse. She enjoyed the beach, gardening and reading. She devoted much of her time and energy as a caregiver to family members, including her mother who passed away at age 93. Connie was a member of “The Daughters of the American Revolution,” the Cape May chapter of “The Descendants of the May Flower” and a member of The United Methodist Church in Berlin, New Jersey.

She is survived by two children, Robert J. Chappell of Berlin, New Jersey and Leslie A. Kappes of Kill Devil Hills, North Carolina; three grandchildren, Gage, Cale and Jesse; two great grandchildren; her niece and nephew and his family.

Offer Condolence for the family of Constance A. Chappell 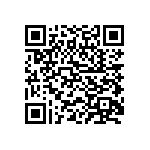