Curtis “Scooter” Potter Lewis, Jr., 68, of Manteo, NC died on Monday, January 19, 2015 at his home. A native of Dare County, he was the son of the late Curtis Potter Lewis, Sr. and Nancy Etheridge Beals. Scooter was a veteran of the US Army, formerly owned and operated a surveying company and was an accomplished musician.

A memorial service will be held on Thursday, January 22, 2015 at 10:00 am at Manteo First Assembly with Pastor Steve Smith officiating. In lieu of flowers, memorial donations may be made to the Outer Banks Hotline, PO Box 1490, Manteo, NC 27954.

Offer Condolence for the family of Curtis “Scooter” Lewis 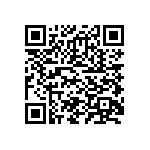