Daniel Bruce Burgess, 68, of 1206 Salem Church Road, Elizabeth City, NC passed away peacefully at home and surrounded by family, on August 8, 2020.  He was born April 26, 1952 to the late George Alva Burgess and Minnie Alice Wyatt Burgess.  Daniel was the husband of the late Phyllis Ralph Burgess, married for forty six years.  He retired from the Elizabeth City Pasquotank County School System, Maintenance Department and was a member of Faith Baptist Church, Elizabeth City.  He had a heart of gold and was generous to a fault.  Family was everything to him and he enjoyed showering them with love.

Daniel is survived by two daughters, Shelley Burgess (William) of Elizabeth City, and Stacey Davis (Eric) of Florida; a son, Scott Burgess of Elizabeth City; twelve grandchildren, Jonathan, Jacob, Sarah, Liam, Noah, Hannah, Levi, Sean, Rebecca, Haleigh, Shyanne and Cloud; a brother, David Burgess (Barbara) of Tennessee; and a niece, Teresa B. Speight of Kitty Hawk.  In addition to his  wife, he was preceded in death by a sister, Bonzella B. Cook of Tennessee.

The family would like to thank Sentara Albemarle Medical Center and Community Home Care & Hospice for their caring and compassionate quality of care.

Offer Condolence for the family of Daniel Bruce Burgess 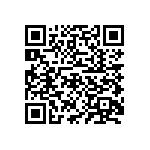