Born in Hagerstown, MD on May 9, 1946, he was the son of the late Jeanne McCauley and Edward W. Cooey.

David attended public schools in Hagerstown, MD and continued his education graduating from Staunton Military Academy in Staunton, VA. He served his country honorably in the United States Navy from 1965 to 1969 as a Photo Interrupter at FICEUR.

In 1995, David moved to Denver, CO and later to Corolla, NC in 2002. For 15 years, David served his community with the Corolla Volunteer Fire Department.

He always tried to be a good man.

To plant a tree in memory of David or send flowers to the family, please visit www.TwifordFH.com/send-flowers.

Offer Condolence for the family of David Bruce Cooey 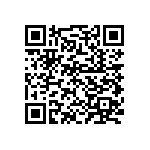