Many of the lives lost that day were police, firefighters and other first responders, plus members of the military.

So it was only fitting that Wednesday’s event include a surprise for the man who has dedicated a considerable part of his life to remembering veterans and fallen first responders.

David Twiford, owner of Twiford Funeral Home, was presented the Order of the Long Leaf Pine by state Sen. Bob Steinburg, R-Chowan. The award, which is the state’s highest honor presented to a civilian for service to their community, was a surprise kept well hidden from Twiford.

“It was a total surprise. I had no idea,” he said of the award. “It’s an honor. I’m very humbled to receive it.”

At the end of Wednesday’s hour-long service in Sam A. Twiford Veterans Park, Steinburg stepped to the podium and asked Twiford if he liked surprises. Steinburg then called on Elizabeth City resident Holly Audette, who had been seated in the audience and safekeeping the award until the announcement.

With Twiford standing beside him, Steinburg read aloud the award citation, which was signed by Gov. Roy Cooper. The award was presented for the many years Twiford has worked to provide funeral care for veterans, as well as his local work to honor veterans and first responders.

In October 2011, Twiford dedicated Sam A. Twiford Veterans Park in honor of his father, who was a veteran of World War II. The park is located behind the funeral home at 405 E. Church St. in Elizabeth City.

Last year, Twiford Funeral Home hosted its inaugural Patriot Day Celebration, and Wednesday’s event, held on the 18th anniversary of Sept. 11, 2001, attracted more than 200 residents. The celebration also featured the posting of a national flag that once flew over the World Trade Center rubble at ground zero in New York City.

“I thought it was awesome,” Twiford said of the event, adding the turnout was larger than last year’s. 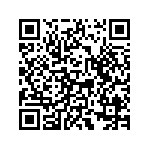