David H. Twiford, a native of Elizabeth City, NC, is a partner and the CEO of Twiford Funeral Homes LLC, Cemeteries & Crematorium.  He and his wife, Darlene Jones Twiford, have three children, David H. Twiford, Jr., John Joseph “J. J.” Twiford, and Whitney Louise Twiford Waddington; two granddaughters, Ragen Whitney Twiford & Callie Elizabeth Twiford and four grandsons: Robert “Bert” Waddington, IV, John Wells Twiford, Spencer Linwood Twiford and Joseph Halstead Waddington. He is a 1965 graduate of Elizabeth City High School, a graduate of Dallas Institute of Mortuary Science, and served six years in the Naval Air Reserves. He is a member of the North Carolina and the National Funeral Director’s Associations.  He is a 32nd degree Mason, Shriner, Red Man, Elk; a member of Ramoth Gilead Baptist Church and The Pines Country Club. He is a former member and past president of the North Carolina Board of Funeral Service and former member and past president of the North Carolina Crematory Authority. His interests include golf, traveling, and family. 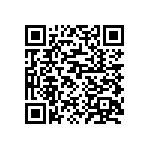