David Ray Helterbridle, age 56, of Hertford, NC died on Tuesday, September 20, 2022 after a short illness at his home. Born in Portsmouth, VA on April 19, 1966 to the late Ray Sanford Helterbridle and Kiyo Sonabe Helterbridle, he was the spouse of John Murray. During his youth, David was a member of the Boy Scouts and grew in ranks to Eagle Scout. After high school, David served his country honorably in the U. S. Army and then worked in Network Communications for an Internet Service.

No services are scheduled at this time.

To plant a tree in memory of David, please visit www.TwifordFH.com/send-flowers.

Offer Condolence for the family of David R. Helterbridle 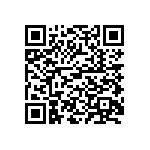