David Lawrence Winslow, 49, of 1801 Ulster Drive, Elizabeth City, NC died Saturday, March 21, 2015 at his home. Born in Pasquotank County, NC, he was the son of Jeannette Saunders Winslow Fortunato of Elizabeth City, NC and the late Robert Eugene Winslow, Sr. and was the husband of Sheila Onley Winslow. Mr. Winslow was the maintenance supervisor at Winslow Memorial Home. He was involved in many activities throughout his life. He loved being outdoors; spending time with his horses; but, most importantly, just being a dad.

A memorial service will be held Thursday, March 26, 2015 at 11:00 a.m. at Twiford Memorial Chapel with the Rev. Clay Manos officiating. The family will receive friends following the service at the funeral home and at other times at the residence. Memorial donations may be made in care of Sheila Winslow at any Gateway Bank to benefit their children. Twiford Funeral Home, Memorial Chapel, 405 E. Church St., Elizabeth City is assisting the Winslow family.

Offer Condolence for the family of David Winslow 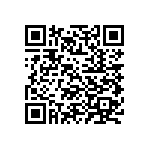