Donna Lynn Ritchie O’Neal, 53, originally of Ocracoke, NC, passed away on the morning of September 30, 2020, in Norfolk, VA.

Donna was a graduate of Ocracoke School. She was a kind soul who would always do anything to help anyone. She was full of laughter and love.

Donna was preceded in death by her father, Warren Ritchie.

Offer Condolence for the family of Donna Ritchie O’Neal 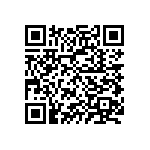