Donna Mae Trout Shively, 67, of 464 Two Mile Desert Road, Hertford, NC died Saturday, January 17, 2015 at Hertford Manor.  Born in Skagit County, Washington, she was the daughter of the late Thomas Trout and Marvel Larson Trout and the widow of Walter Lewis Shively, Jr.  She was a homemaker.

A memorial service will be Tuesday, January 20, 2015 at 1:00 p.m. at the Salvation Army with Major Butch Mallard officiating.  Twiford Funeral Homes, Memorial Chapel, 405 East Church Street, Elizabeth City, NC is serving the Shively family.  You may express condolences to the family by visiting www.twifordfh.com.

Offer Condolence for the family of Donna Shively 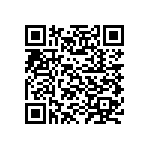