Dr. William Fletcher Harrell, Jr., MD died at the age of 101 in Elizabeth City, NC on Monday, September 2, 2019. He was born February 13, 1918 in Portsmouth, VA., the only surviving child of Content Whitehead Franklin Harrell and William Fletcher Harrell, Sr. He spent his childhood in Portsmouth and was graduated from Woodrow Wilson High School. Dr. Harrell earned a BS in Biological Sciences from Virginia Tech in 1938, and an MD at UVA, Charlottesville in 1942, where he also did his Pediatric training under his mentor, Dr. McLemore Birdsong.

Dr. Harrell first served in the US Army Medical Corps during World War II at Camp Robinson in Little Rock, Arkansas, as a reluctant surgeon (due to the fact that all qualified surgeons had been sent to Europe for the Battle of the Bulge). When he confessed his lack of surgical training, he was assigned to be shadowed by Lt. Harris, the operating room supervisor, with whom he worked well, and gained confidence. At a dance several weeks later, he spotted an attractive young woman across the dance floor and asked his friends whom that might be. Surprised, they informed him that he had been working with her ever since he had arrived; it was Lt. Mary Harris, the operating room supervisor, whom he had never seen except in surgical gown and mask. They were married shortly thereafter, and spent 62 years together, until she died August 12, 2007, at 85.

Soon after their wedding, Fletcher was sent to Okinawa, in the Pacific theatre, surviving a three-day typhoon on the trip over by ship. On Okinawa, he treated the top Quartermaster officer for the Pacific, curing him of a terrible infection. In return, that officer furnished him with a clinic in a Quonset hut, equipped with the finest equipment available, a jeep for his use, and a PT boat for him to fish on. He came home with many interesting stories of his time in the military and left a fine clinic for his patients and their soon-to-arrive dependents.

A former classmate from UVA, Dr. Brody Nalle, invited Fletcher to join the Nalle Clinic in Charlotte, NC after the war, where he was privileged to work with his great friend and mentor, Bob Adams. They served together, as the two Pediatricians in the clinic, for several years. Desiring a quieter, less hectic life, Fletcher moved his family to Elizabeth City in 1952, where he practiced Pediatrics for 35 years. As the only Pediatrician in Elizabeth City and the surrounding area for many years, Fletcher was a very busy man; seeing patients in the office, making daily house calls after office hours in the early years of his practice, and making daily hospital rounds until he retired, as well as supervising the hospital nursery. He found time to play tennis as a young man; and he enjoyed golf, on and off, throughout his adult life. He loved to sail, and with his friend Dr. Lloyd Griffin, revived sailing on the Pasquotank. Fletcher was an avid bird hunter, duck hunter, and fisherman. He was also a gifted carpenter and furniture-maker. Later in life, he became interested in gardening, particularly in propagating English boxwood and camellias, and an occasional fig tree. He was also a great storyteller; he claimed to be a superb shot; but he would want you to know that he was never a cook.

Dr. Harrell was a longtime member of the North Carolina Pediatric Society, and an active member of Christ Episcopal Church, where he served on the Vestry. He was also a member of the Rotary Club; the Pine Lakes Golf Club, and the former Elizabeth City Golf Club; the Mother’s Brothers, and the Old Timers.

He was preceded in death by his wife, Mary Harris Harrell, and his parents, Content Whitehead Franklin Harrell and William Fletcher Harrell, Sr.

The family wishes to express their special gratitude to his long-faithful friend and doctor, Karl Brandspigel; to his friend Teresa McCarthy, who did so much to help him; and to his dedicated caretakers at the Winslow Home.

A memorial service will be held at Christ Episcopal Church at 2:00 p.m. on Saturday, September 14, 2019 officiated by Rev. Jim McGee. 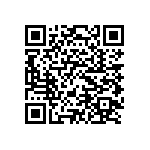