Earl E. Dunmire, age 84, of Kill Devil Hills, NC passed away peacefully after a brief illness at The Outer Banks Hospital, on July 30, 2022.   He was the beloved husband of his wife, Merry for 33 years. Earl is also survived by his daughter, Sandra L Hillman of Phoenix AZ, and stepchildren Merry K. Ballance of Kill Devil Hills and Michael S. Kocian of Durham NC, two brothers of Pittsburgh, PA, James Dunmire (Sandy) and Robert Dunmire (Joyce), aunt Naomi Jane Polinski of Amherst, NY, also four grandchildren and four great-grandchildren; six nieces and a host of great-nieces and nephews.  He was preceded in death by his first wife Edna (Lois), father Earl A. Dunmire and his mother Ruth M. Dunmire of Glenshaw, PA. He will be remembered as a loving and devoted husband, father, brother, grandfather, and friend who touched the lives of many.

He retired from Equitable Gas Company in Pittsburgh after 37 years. He also worked at Food Lion in Southern Shores and Seascape Beach and Golf Villas in Kitty Hawk. Earl was a proud veteran of the Army and an avid hunter who also enjoyed fishing and golfing.

Per Earl’s request there will be no funeral service.

To plant a tree in memory of Earl or send flowers to the family, please visit www.TwifordFH.com/send-flowers.

Offer Condolence for the family of Earl E. Dunmire 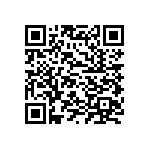