Edward Leonard Frazier, 95, of Kill Devil Hills, NC, died Tuesday, January 7, 2020, at his home. He was a longtime resident of Beach Haven, NJ.

Born in Trenton, NJ on May 26, 1924, he was the son of the late Grace Gilbert and Harry Frazier. Growing up on a farm in Burlington County, NJ fueled Ed’s love for field hunting. He was known to have the best bird dogs and became a passionate decoy collector.

A United States Navy veteran, Ed served his country honorably during World War II and the Korean War. He retired from civil service as a G16.

In addition to his parents, he was preceded in death by his wife, Betty J. Mitchell Frazier.

A graveside service with military honors will be held at 2:00 pm on Tuesday, January 14, 2020, at the Albert G. Horton, Jr. Memorial Veterans Cemetery in Suffolk, VA.

Offer Condolence for the family of Edward L. Frazier 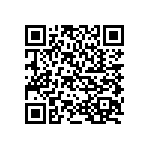