Edwin Hunter Taylor, 81, of Elizabeth City died Saturday surrounded by his wife, Dorothy McCollum “Dottie” and daughter, Carrie. He was preceded in death by his father, Robert Downing Taylor, and his mother, Marian Hunter, and his brother Robert Downing Taylor III. He was born in Lewes, DE but spent most of his growing up years in Johnson City, TN. He went to the University of the South in Sewanee, TN. He served two tours in the early years of Vietnam and returned to work stateside at the Pentagon before being discharged from the US Navy. Ed and Dottie raised their family in Indianapolis, IN before relocating in retirement to Elizabeth City. Ed was active in his church community and an avid cyclist. Friends far and wide remember him as good man and his passing will leave a void for many.

Private services to be held at a later date.  Twiford Funeral Home, 405 East Church Street, Elizabeth City, NC 27909 is serving the family of Ed Taylor.  Online memorial condolences may be sent to the family at www.TwifordFH.com.  To plant a tree in memory of Mr. Taylor, please visit www.TwifordFH.com/send-flowers.

Offer Condolence for the family of Edwin Hunter Taylor 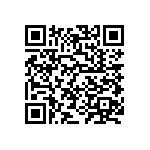