Elwood David Sawyer of 633 NC Highway 343 North, Camden, NC, died Saturday, August 8, 2020 at the age of 96. He was a native of Camden, the firstborn of the late Willoughby “Wib” L. Sawyer, Sr., and the late Alice S. Sawyer. He was the husband of Geraldean Doxey Sawyer for sixty-nine years.
He was an active member of McBride United Methodist Church in South Mills his entire life where he served in many roles including Sunday School superintendent, church treasurer, choir member, Sunday School teacher and a founding member of the United Methodist Men’s Group. He was a WWll veteran, serving in the US Army Infantry, Pacific Theater. He was a founding partner of Cherry Hill Farms, a member of the Camden County Planning Board, a charter member of the Camden Volunteer Fire Department and Camden County Farm Bureau where he also served as a past president. He volunteered for twenty years with Meals on Wheels.
A kind and gentle man that never showed anger, he was a peacemaker and always put others first. Quick to smile and tell a funny joke or story, he was beloved by all who met him. A tremendous memory for history, he was an avid reader and enjoyed traveling. He also spent many an hour waiting for the blues and flounders to bite on the Outer Banks with his family, brothers, and sister.
Besides his wife, he is survived by three children, Diane S. Harrington and husband, Greg, of Wake Forest, E. Craig Sawyer of Camden, and Angela D. Sutton and husband, Trip, of Raleigh; three grandchildren, Lori H. Eitel and husband, Paul, of Wake Forest, Stacey H. Harris and husband, Shannon, of Roanoke, VA, and Nicholas C. Sawyer and Kitty Rose of Camden; ten great-grandchildren, Hayden, Sophie, Annabelle, Maddie, and Karabeth Eitel; Hunter, Sawyer, and Tyler Harris; and Sullivan and Scarlett Sawyer; one sister, Ruby S. Smithson of Elizabeth City; two brothers, Joseph Sawyer and W.L. Sawyer, Jr. and wife, Brenda, all of Camden; and two sisters-in-law, Sue B. Sawyer of Camden and Alice B. Sawyer of Elizabeth City. He was predeceased by two brothers, Stanley Sawyer and Horace Sawyer; one sister-in-law, Jean S. Sawyer; and one brother-in- law, Carlton Smithson.
A memorial service will be held on Friday, August 14, 2020 at 11:00 a.m. at McBride United Methodist Church in South Mills with the Reverend Bill Blake and the Reverend Wade Bennett officiating. Donations may be made to The Food Bank of the Albemarle, PO Box 1704, Elizabeth City, NC 27909. Twiford Funeral Home, Memorial Chapel, 405 East Church Street, Elizabeth City, NC is serving the Sawyer family. You may express condolences to the family by visiting www.TwifordFH.com.

Offer Condolence for the family of Elwood D. Sawyer 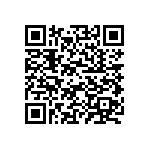