Emory “Peanut” Jackson Upton, age 93, of South Mills, NC died Wednesday, August 28, 2019 at her daughter’s home. Born in Berkley, VA on May 20, 1926 to the late Lawrence Barney Jackson and Wilma McPherson Jackson, she was the widow of George Calvin Upton, Jr. She was a spotter for the Forestry Service Fire Tower and a self-employed painter for many years. A member of Ebenezer Baptist Church, she was very proud of the fact that she had perfect attendance in Sunday School for 70 years. She was also a member of the South Mills Chapter # 270 of the Order of the Eastern Star.

A funeral service will be held at 11:00 a.m. on Saturday, August 31, 2019 at Ebenezer Baptist Church, officiated by the Rev. Darryl Stallings. A visitation will be held on Friday evening from 7:00 – 8:30 p.m. at Twiford Memorial Chapel. Burial will be in Memory Gardens Cemetery. Memorial donations may be made to Ebenezer Baptist Church Sign Fund, P. O. Box 219, South Mills, NC 27976. Twiford Funeral Home, 405 East Church Street, Elizabeth City, NC is serving the Upton family. Online memorial condolences may be sent to the family at www.TwifordFH.com.

Offer Condolence for the family of Emory “Peanut” Jackson Upton 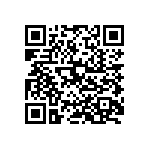