Eric Maurice McCurdy, Sr., 50, of Point Harbor died on June 8, 2015 at his home. Born in Grundy County, MO, he was the son of Iris Mitchell Griffin and husband, Sash of Kitty Hawk and the late Ernest Edmund McCurdy. Eric served his country honorably with the United States Army and also worked as a truck driver in the seafood industry.

Offer Condolence for the family of Eric McCurdy, Sr. 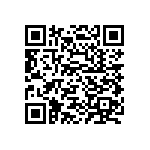