Essie Bundy Wilson, 89, of Hertford, NC died Wednesday, January 14, 2015 at W.R. Winslow Memorial Home.  Born in Pasquotank County, NC, she was the daughter of the late Charles Horace and Ludie Ann Haskett Bundy and was the wife of the late Curtis Lloyd Wilson.  Mrs. Wilson was a member of Woodville Baptist Church and taught the Sunbeams Sunday School Children’s Class.

A funeral service will be held on Sunday, January 18, 2015 at 2:00 p.m. at Woodville Baptist Church with Rev. Steve Feehan officiating.  Burial will follow in the Ivy Wilson Cemetery.  The family will receive friends on Saturday evening from 7:00 p.m. until 8:30 p.m. at Twiford Memorial Chapel and at other times at the residence of Quinton and Erlean Wilson, 650 Woodville Rd., Hertford, NC.  Twiford Funeral Home, Memorial Chapel, 405 E. Church Street, Elizabeth City is assisting the Wilson family.  Condolences may be sent to the family at www.twifordfh.com.

Offer Condolence for the family of Essie Wilson 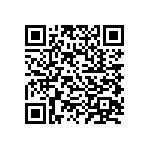