Evelyn Etheridge Sharber, 91 of 1256 Campground Road, Elizabeth City, NC died Saturday, June 27, 2015 at her residence. A native of Camden County, NC she was the daughter of the late Winfred T. Etheridge and Mae Ives Etheridge and the widow of J. Lockwood Sharber. She was a member of Newland United Methodist Church and the United Methodist Women and a homemaker.

A funeral service will be held Monday, June 29, 2015 at 11:00 a.m. at Twiford Memorial Chapel with the Rev. Dan Baer officiating. The family will receive friends Sunday from 7:00 to 8:30 p.m. at the funeral home, immediately after the service in the funeral home lobby, and at other times at the residence. Burial will be in West Lawn Memorial Park Cemetery. Memorial donations may be made to Newland United Methodist Church, 1686 Morgan’s Corner Road, Elizabeth City, NC 27909. Twiford Funeral Homes, Memorial Chapel, 405 East Church Street, Elizabeth City, NC is serving the Sharber family. You may express condolences to the family by visiting https://www.twifordfh.com.

Offer Condolence for the family of Evelyn Sharber 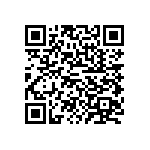