Fabian Joseph Gomez, 93, of Elizabeth City, NC died Monday, November 25, 2019 at Brookedale Senior Living. He was born January 20, 1926 in Lovelock, NV to the late Alfonzo Gomez and Maria Gomez, and was the widower of Mary Carol Curry Gomez. He served as a dispersing officer in the U.S. Navy from 1942 to 1972 during WWII, and the Korean and Vietnam Wars and retired with the rank of Lieutenant. He was a Catholic, a member of the Knights of Columbus, and loved golfing.

He is survived by three sons, Joseph A. Gomez of Mesquite, NV, John R. Gomez (Linda) of Chico, CA, and James F. Gomez (Angela) of Elizabeth City, NC; four grandchildren, Jesse, Sean, Juilee, and Crystal; and three great grandchildren. He was predeceased by two sisters, Jaunita and Rose, and a brother, Joseph.

A memorial service will follow at a later date. Twiford Funeral Home, Memorial Chapel, 405 East Church Street, Elizabeth City, NC is assisting the Gomez family. You may express condolences to the Gomez family by visiting www.TwifordFH.com.

Offer Condolence for the family of Fabian J. Gomez 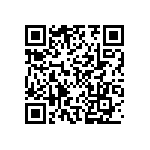