Faye Dean Elkins Robey, age 75, of 205 Holly Drive, Camden, NC died Wednesday, June 24, 2015 at Sentara Albemarle Medical Center. She was born February 21, 1940 in Holden, West Virginia to the late Carey and Sallie Baisden Blair and was the wife of Clarence Robey, Jr. of the residence. Mrs. Robey was a loving wife, mother, grandmother and friend.

Faye was a graduate of Chapmanville High School in WV. She and Clancy met and were married in 1959. Once they moved to the Elizabeth City area, she worked as a legal assistant to O. C. Abbott, Esq. Later she continued her education at the College of the Albemarle with a degree in Cosmetology. Faye then went to work with Alma Hurdle at the Glamour Shop located at the corner of Hughes Boulevard and Cedar Street. In 1981 she opened her own business and served as owner and operator of The Gold Comb Beauty Salon until 1996 when she retired to help raise her two grandchildren.

In retirement, Faye enjoyed cooking, quilting, gardening and spending time with her family. She had a way of sharing her warmth and love with those around her that made everyone who came to know her feel special.

The family will receive visitors at Twiford Funeral Home on Sunday, June 28, 2015 from 2:00 to 4:00 p.m. In lieu of flowers, the family requests that memorial donations may be made to the charity of one’s choice. The Robey family is served by Twiford Funeral Home, Memorial Chapel, 405 E. Church Street, Elizabeth City, NC. Online memorial condolences may be expressed to the family at https://www.twifordfh.com.

Offer Condolence for the family of Faye Robey 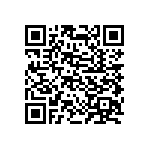