On Wednesday, October 7th, 2020, Frances Perry Keeter passed away from the worldly bonds that had restrained her into immortality and joined her husband, Calvin, and her son, Chris, in God’s presence in Heaven.

Frances was born in Chowan County on September 10, 1927. She lived her early years at Smalls Crossroads, but later met and married a dashing serviceman, Norman Calvin Keeter, on June 26, 1949. Frances and Calvin moved to Elizabeth City where they lived for over sixty years. Frances was employed by Norfolk & Carolina Telephone and Telegraph Company, which later became Sprint, retiring after thirty-two years as Regional Marketing Supervisor. Upon retirement, Frances pursued her lifelong dream of becoming a teacher and enrolled at Elizabeth City State University where she graduated in 1987 with a B.A., Summa Cum Laude, in Early Childhood Education. After teaching at Albemarle Academy for two years, she continued her passion for learning and earned a Master of Education degree in 1990 from East Carolina University. Thereafter she embarked on a career in teaching, primarily at College of the Albemarle, for several years until the death of her lifelong love, Calvin, in 1995. Despite her career with the telephone company and later educational pursuits, Frances was a devoted member of First Baptist Church in Elizabeth City for forty years, serving as a children’s Sunday School Teacher, Church Librarian, Deacon, and on countless committees. She will be remembered as a devout Christian, fiercely independent, extremely smart, driven, passionate, caring, spunky and fun-loving.

Offer Condolence for the family of Frances Perry Keeter 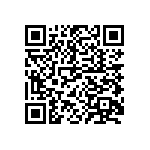