Fred M. Wescott, 89, of Manteo, NC died on Monday, January 26, 2015 at his home. Born on May 13, 1925, he was a native of Manteo and the son of the late Lloyd Melvin Wescott and Lonie Midgett Wescott. Mr. Wescott served his country as a Navy Corpsman in World War II. He was an active member of Mt. Olivet United Methodist Church, a charter member of the Manteo Lions Club and a member of the Manteo Masonic Lodge #521 AF&AM. Fred was the last of the original Manteo Furniture brothers and the owner of the Sea Shore Shops in Kill Devil Hills. He spent his later years working with family in the Sea Isle Gifts and Lamp Shop.

Fred is survived by his wife of 59 years, Elizabeth Ann Wescott; four children, Fred, Jr. and wife, Ellen of Manteo, James and wife, Palmer of Manteo, Edward of Winterville and Cathy Overton and husband, Tommy of Nags Head; six grandchildren, Fred, III of Wilmington, Jeffrey of Kitty Hawk, Holly Overton of Brooklyn, NY, Heather Overton of Thailand, Andrew Hines of Creswell and Victoria Raynor of Winterville; two great grandchildren, Sydney Smith and Bailey Hines; and many loving nieces and nephews. Along with his parents, Fred is preceded in death by two brothers, Edward and Roy and a daughter, Connie.

A graveside service will be held on Wednesday, January 28, 2015 at 3:00 pm at Manteo Cemetery with the Rev. John M. Check officiating. The family will receive friends and relatives on Tuesday from 7:00 until 8:00 pm at Twiford Funeral Home, Manteo. In lieu of flowers, memorial donations may be to the Roanoke Island Food Pantry, PO Box 787, Manteo, NC 27954 or your local food pantry.

Offer Condolence for the family of Fred Wescott 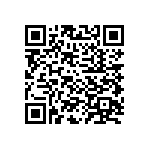