Freda “Jo” Stepp (Cook), age 85, of Poplar Branch, NC, died peacefully at home surrounded by her family on July 3, 2015. Jo was born in Oceana, WV, Wyoming County, on August 15, 1929, to the late Wanna Creed Cook and Willa Virginia Dawson. In addition to her parents, she was preceded in death by her brother, Norman and infant daughter, Julia Jo. She moved to Poplar Branch with her devoted husband, Jimmie Stepp, Jr., in 1986. Jo was primarily a homemaker, however, she worked at several organizations throughout her life, including the Rose Tree in Grandy, the US Post Office, and her first job – at the Piggy Wiggly in Oceana, WV. She was a member of the Daughters of the American Revolution, the United Methodist Women, and was an active member of the Bridgeport United Methodist Church in WV and the Sharon United Methodist Church in Poplar Branch, NC.

Jo not only conducted Sunday school classes for many years, but she also was extremely active in managing the Meals on Wheels program; she was a secretary for the Historical Society at the Whalehead Club, and she volunteered for many programs at the Sharon United Methodist Church. Her talents were many, including sewing, baking, cooking, crafting, a beloved wife, mother, grandmother, and friend to many. Her generosity and charitable approach to life influenced so many in her family and those around her.

The family would also like to thank the many caregivers who provided so much love and support for Jo and her family, especially to those who helped recently: Ushana Williams, Christina Lewis, Andrea Miller, John Sanchez, Carrie Jones and the Community Home Care & Hospice.

There will be a memorial service to celebrate the life of Freda Jo on July 20, 2015, at 2:00 pm, at the Sharon United Methodist Church, 275 Poplar Branch Road, Poplar Branch, NC. A reception at the church will immediately follow the service.

Offer Condolence for the family of Freda Jo Stepp 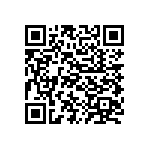