Gary Randolph Bray, age 49, of 444 Highway 158 East, Camden, NC died Friday, July 17, 2020 at his residence. Born in Pasquotank County on September 13, 1970, he was the son of Linda Day Bray and the late Warren Randolph Bray and was the husband of Grace “Ginny” Carter Bray. He was a Sargeant in the Narcotics Division of the Elizabeth City Police Department and was a member of the Fraternal Order of Police. Gary was an outstanding and skilled law enforcement officer, a reliable friend and neighbor; and most importantly, a devoted husband, father, brother and son. He will be deeply missed.

In addition to Ginny, his wife and his mother, Gary is survived by his daughter, Kaitlyn Bray; his son, Caleb Randolph Bray; his brother Timothy Warren Bray and wife Rachel; and nephews and neices, Austin Bray, Ryan Bray and Brianna Hall.

A graveside service will be held at 11:00 a.m. on Tuesday, July 21, 2020 at West Lawn Memorial Park Cemetery, officiated by the Rev. F. Joe Griffith. Twiford Funeral Home, 405 East Church Street, Elizabeth City, NC is serving the Bray family. Online memorial condolences may be sent to the family at www.TwifordFH.com.

Offer Condolence for the family of Gary Randolph Bray 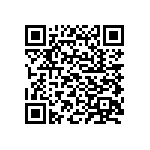