George Carlie Wilson, Sr., 75, of 113 Grove Street, Elizabeth City, NC, died Tuesday, October 15, 2002 at Sentara Center ‘ Currituck. He was born in Lumberton, NC, the son of the late Thomas McCoy and Fletta Mae Stogner Wilson and was the widower of Addie Mae Forbis Wilson. He was a retired carpenter, a member of the Honor Guard with the William Clarence Jackson V. F. W. Post 6060, and was a veteran of the U. S. Navy having served during World War II.

A funeral service will be conducted on Thursday, October 17, 2002 at 3:00 pm in Twiford’s Memorial Chapel with the Rev. F. Joe Griffith officiating and military honors provided by the William Clarence Jackson V. F. W. Post 6060. Burial will be in New Hollywood Cemetery. The family will receive friends in the lobby of the funeral home immediately following the service, at the funeral home on Wednesday from 7:00 to 8:00 pm, and at other times at the residence of Wayne and Judy Wilson, 113 Grove Street, Elizabeth City, NC.

Offer Condolence for the family of George C. Wilson, Sr. 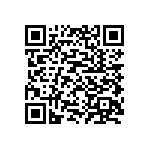