George Edward Philbrick, age 62, of 1901 Ulster Drive, Elizabeth City, NC, died Saturday, October 12, 2002 in Albemarle Hospital. He was born in Providence, RI, son of the late Joseph Edward and Winfred Goff Philbrick, and was the husband of Judith James Philbrick of the residence. He was in the United States Coast Guard, a member of the USCG Auxiliary and a member of the Madison Marine Patrol of Connecticut.

Besides his wife, Mr. Philbrick is survived by a daughter Susan V. Philbrick of Virginia Beach, VA, a son William E. Philbrick of Clinton, CT, a sister Barbara Carey of Hockessin, DE, and an uncle, George A. Philbrick of Palm Bay, FL.

Private memorial services will be conducted at a later date. The family requests that memorial donations be made to the American Kidney Association, 6110 Executive Blvd., Suite 1010, Rockville, MD 20852 or the charity of one’s choice.

Offer Condolence for the family of George Edward Phibrick 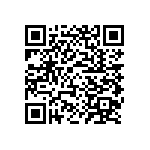