Born in Clifton, NJ on June 3, 1935, he was the son of the late Mary and Stanley Fiedorczyk. He grew up in Clifton, NJ before marrying the love of his life Diane and buying a home in Newton, NJ, where they lived for over 30 years.

George Fideorczyk worked for New Jersey Bell for 40 years. He was always proud that he was able to retire at 54. George and Diane’s love of the ocean and warm weather led them to retire to Kitty, Hawk, NC in 1992 and live their “Impossible Dream.”George was the proud father of five beautiful children. It was his desire for the best for his children that led him to serve as a Newton Board of Education member for over 25 years. He was instrumental in making all Newton schools buildings handicap accessible and spearheading the movement to implement gifted programs. Some may remember George as the starter at many Newton swim team meets, where he supported many of his children. George had many hobbies over the years that included leather making, winemaking, beer making, ham radio, working with computers, as well as his love for fishing.

In addition to his parents, he was preceded in death by his wife of 56 years, Diane Grace Coker Fiedorczyk; brother, Edward Fedor; and son-in-law, Dave Presgraves. George was a devoted husband to his wife Diane, as their wedding rings were engraved “Together Forever, United in Love.”

George is survived by five children, Mark Fiedorczyk (Maria) of Newton, NJ, Scott Fiedorczyk (Mercinda) of Virginia Beach, VA, Eric Fiedorczyk (Kim) of Chesapeake, VA, Lisa Presgraves of Nags Head, NC, and Carrie Houseknecht (Bobby) of Kill Devil Hills, NC. He is also survived by eight grandchildren, Alyssa, Adam, Tyme, Mya, Mason, Madelyn, Payton and Chance. He is also survived by many dear friends he has made over the years as well as his son’s friend Steven Byers (Kyomi) who considered him like another father.

The family has chosen to celebrate his life later this fall.

Offer Condolence for the family of George J. Fiedorczyk 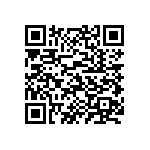