Mr. Spence, a native of Elizabeth City, NC, was the son of the late George J. Spence and Pearl Kellam Spence and the husband of Stephanie Pitts Spence.

He was a retired college professor, actor, director, author, and Dare County employee. He will be remembered for his love of the local area and its famous outdoor drama, “The Lost Colony.”

Mr. Spence is survived by his wife, Stephanie; his son, George “Jamie” Spence, and daughter-in-law, Nam Sayavong; his daughter, Shannon Dudley, and son-in-law, Rolfe Dudley; and grandchildren, Ryder Dudley, Stephanie Dudley, Takumi Spence, and Tyler Spence, all of Kill Devil Hills. He is also survived by his nephews, Al Hargrove of Raleigh and Richard Hargrove of Virginia Beach, Va; his sister-in-law, Pam Goodwin, niece, Laura Walter and their families of Coinjock, NC. He was preceded in death by his sister, Elizabeth Ann Hargrove.

Mr. Spence earned a B.A. degree from Wake Forest College in 1951, attended the University of North Carolina where he majored in theatre in 1953 and attended Florida State University to gain his master’s degree in 1958-1960. He taught and served as chairman of the Theatre Department at Lenoir Rhyne College in Hickory, NC in 1964. In 1965, he became associate professor of drama at East Tennessee University in Johnson City, Tennessee until 1968.

His most exciting opportunities were working on “The Andy Griffith Show” in 1965, “Matlock” in 1989, Ricardo Mantalban on “American Experience” and producing a production of “Dog in the Manger” with Richard Boone, directing a production of “The Merchant of Venice” with John Carradine in the role of Shylock.

His life took a different turn in 1974 when he became employed by Dare County. He helped create a Public Information office from 1974-1980. In 1980, he was asked by the county manager to set up an Emergency Medical Services program, followed by an Emergency Management program. He served as Director on and off from 1980-1992. He was also a volunteer Dare County Sheriff’s Deputy.

He belonged to many organizations over the years including Southeastern Theatre Conference, Institute of Outdoor Drama, Screen Actors Guild, and North Carolina Civil Preparedness. He was an EMT and a certified Emergency Management Coordinator III.

A memorial service will be held at 2:00 pm on Sunday, July 23, 2017, at Kitty Hawk United Methodist Church with the Rev. Betsy Haas officiating.

Memorial donations may be made to The Lost Colony, 1409 National Park Drive, Manteo, NC 27954.

Offer Condolence for the family of George J. Spence, Jr. 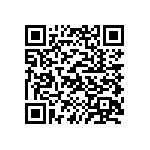